If you have been reading my posts for any length of time, you know that my biggest bug a boo is privacy.  Second, of course, is security.  In hopes that others will want to learn a little about privacy, I’ve searched the interwebs for some of the best articles out there right now about why online privacy on your electronic devices is important.

As Marsha Blackburn of US News and World Report says:

“Online privacy is an issue that continues to rightfully concern Americans. According to research by IBM, over ninety percent of the world’s data has been generated in the last two years alone. The explosion of smartphones and internet-connected devices has Americans utilizing online services to do everything from grocery shopping to tracking their health. However, increased reliance on online services has made Americans more conscious about how they share sensitive personal information…”

Who else besides me uses their phone for everything from buying coffee to checking Facebook to tracking steps?  That’s a lot of info that goes out into the “cloud”.  Is it safe? 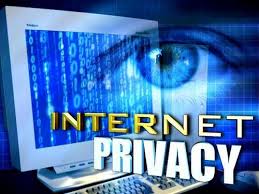 It’s important to remember that the onus is on you to keep your own data secure as these people who sued Facebook found out.  They thought that once they had logged out of Facebook, it should not be able to track their browsing history.  In this article, the Judge presiding over the case said no.

“Judge dismisses lawsuit accusing Facebook of tracking users’ activity, saying responsibility was on plaintiffs to keep browsing history private. …. US district judge Edward Davila in San Jose, California, dismissed the case because he said that the plaintiffs failed to show that they had a reasonable expectation of privacy or suffered any realistic economic harm or loss. …. Davila said that plaintiffs could have taken steps to keep their browsing histories private…”

And Alfred Ng reports in c|net that some of the bargain phones are sending info to a server in China.

“People have enough to worry about when it comes to privacy on their personal devices. Between government surveillance and security vulnerabilities, preinstalled software on the phone itself is an unexpected breach of both trust and privacy for millions of owners who are just looking for an inexpensive phone. ….. Having access to the command and control channel — a communications route between your device and a server — allowed Adups to execute commands as if it’s the user, meaning it could also install apps, take screenshots, record the screen, make calls and wipe devices without needing permission.”

Privacy has become such an issue that the Supreme Court has agreed to hear a case later this year.  This article in Reuters describes much of the case.

“The case reaches the high court amid growing scrutiny of the surveillance practices of U.S. law enforcement and intelligence agencies amid concern among lawmakers across the political spectrum about civil liberties and police evading warrant requirements.

The legal fight has raised questions about how much companies protect the privacy rights of their customers. The big four wireless carriers, Verizon, AT&T, T-Mobile, and Sprint, receive tens of thousands of requests a year from law enforcement for what is known as “cell site location information,” or CSLI. The requests are routinely granted.

The Supreme Court has twice in recent years ruled on major cases concerning how criminal law applies to new technology, on each occasion ruling against law enforcement. In 2012, the court held that a warrant is required to place a GPS tracking device on a vehicle. Two years later, the court said police need a warrant to search a cellphone that is seized during an arrest.

Civil liberties lawyers have said that police need “probable cause,” and therefore a warrant, in order to avoid constitutionally unreasonable searches.”

Chris Eddy of Geek For Hire, Inc. has been providing computer service to families and small businesses with Mac’s and PC’s for the past fifteen years. His company is highly rated by both the BBB (Better Business Bureau) and by Angie’s List. You can find more on our website, or give us a call 303-618-0154. Geek For Hire, Inc. provides onsite service (Tier 3) to the Denver / Boulder / Front Range area as well as remote service throughout North America.

We’ve been using Amazon Prime for the past few years.  We like the free and fast shipping.  With Prime we have access to online streaming too. Prime is usually $119/year, but you can get a free 30 day trial by clicking on this link: Try Amazon Prime 30-Day Free Trial. As an Amazon Associate I earn from qualifying purchases.